The top reggae artist from Bermuda announced a new set of tour dates in the United States this summer.

Over the past twelve months, Collie Buddz has been one of the more active artists in the reggae genre. Collie Buddz released his Blue Dreamz EP this past September, featured as a special guest on the hit track from Stick Figure, “Smokin’ Love”, performed a headlining slot at New Zealand’s One Love Music Festival, and also appeared as a special guest alongside tour dates with SOJA, Rebelution and the hip-hop group, Bone Thugs-N-Harmony, amongst many others. 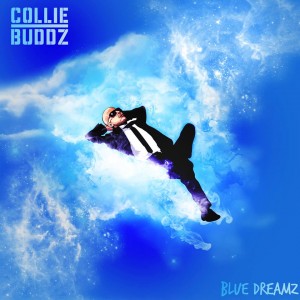 Now, Collie Buddz will headline his own summer tour dates on the East Coast Beach Tour. Beginning on July 29th in Boston, Collie Buddz will perform live and direct in ten cities up and down the east coast of the United States, including New York, Massachusetts, Florida, North Carolina, Virginia, Rhode Island and Vermont.

Along with the aforementioned tour dates for Collie Buddz, the singer from Bermuda will also perform in Colorado from April 15-20, 2016, which features a special guest slot at Red Rocks Amphitheatre on April 19th, alongside Stick Figure, Method Man, Redman, Ghostface Killah and Raekwon, among others.

One highlight for the east coast fans looking to catch Collie Buddz will be his headlining performance at Florida’s Reggae on the Block Festival on May 7th in Orlando. Among the other performers featured, J Boog, Chronixx, Common Kings, John Brown’s Body, Passafire, The Movement, Sammy J, The Expanders and Hirie will also be on the bill.