Perhaps one of the fastest growing roots-rock-reggae bands in the United States, will release a new single next week.

Everywhere music fans turn, it appears that Tribal Seeds has been featured on elite lineups at reggae festivals and coast to coast tours as headliners. Now, Tribal Seeds will release a new single, their first release since their 2014 full-length album, Representing. 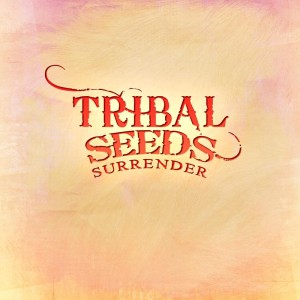 Calling San Diego, California home, Tribal Seeds has progressed their career on a completely grassroots, independent route. In doing so, the band has recorded and produced their own music at their own studio in Southern California.

In the past, Tribal Seeds has utilized their keyboardist and engineer, E.N Young’s recording studio, Imperial Sound Recording Studio with founding members and brothers, Tony-Ray and Steven Jacobo as producers And, the results have been fruitful, earning iTunes Best Reggae Album honors for every single full-length release in the band’s history.

If one can learn from the past, the upcoming single release will follow in a similar fashion. On February 12th, Tribal Seeds will release the single, “Surrender” on all digital outlets.

On the band’s social media accounts, Tribal Seeds revealed a 15-second teaser of the new single, while posting the accompanying lyrics: “She’s sweet from the get go…” It’s safe to say, Tribal Seeds will be testing the waters with another reggae-infused love ballad for their fans’ pleasure, just before Valentine’s Day.

It has also been announced, that Tribal Seeds will be touring with Hawaii’s Anuhea on the band’s annual Spring Roots Tour in 2016. Tour stops include, Florida, South Carolina, North Carolina, Washington, D.C., Pennsylvania, New York, Vermont, Massachusetts, Maine, Connecticut, Wisconsin, Missouri and Nebraska, before arriving at the California Roots Music and Arts Festival in May.

For more information on Tribal Seeds and all upcoming tour dates, follow the links below.