Gappy Ranks, a dancehall singer from the United Kingdom, and J Boog, an island reggae artist from the United States teamed up with French super producer, Special Delivery on the newly released song, “Natural Vibration”. The song from Gappy Ranks’ upcoming album, Guide Me, which is set to be released this March. 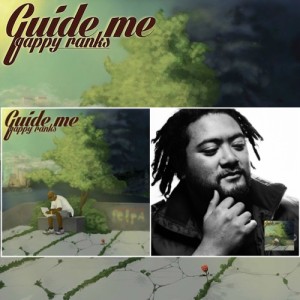 Special Delivery has been active in producing for J Boog in the past, collaborating on the song “So Far Gone” and “Amsterdam”, a song featured on the 2015 release, Green and Yellow Riddim.

The French-based producer has worked with some of the biggest names in reggae today, including Chronixx, Capleton, Sizzla, Zigi Recado, Lukie D and Dre Island, among others. “Natural Vibration” is just the latest in a long line of successful collaborations for Special Delivery.

As for Gappy Ranks and the upcoming release, Guide Me, will feature 13-tracks with production from a multitude of producers, including Zj Chrome from Jamaica, Costa Rebel from Costa Rica, American based production crew Larger Than Life Records, Jugglerz Records from Germany, Asha D Records from England, Riddim Sky Records, Maximum Sound Production, Damalistik of Roots Survival, and the aforementioned Special Delivery.

J Boog has also been busy with a new album, Wash House Ting, titled after his studio and label. The album is expected to be released in the first quarter of 2016. In the meantime, J Boog has been touring throughout the South Pacific, featuring performances in New Zealand and Australia, alongside Third World and Nattali Rize.

For more information on Gappy Ranks and J Boog, follow the links below.