With this year’s line-up announced, California Roots will be considered the premier reggae festival in the United States.

The third, and final, artist announcement for the 7th annual California Roots Music and Arts Festival has been made public. While analyzing the lineup, music fans will surely enjoy the wide ranging styles of roots, reggae, rock, dancehall, ska and dub, all present throughout this festival. 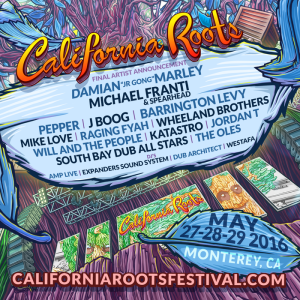 This latest artist announcement includes one of the three-day festival’s headliners in Damian “Jr Gong” Marley, as well as other top-tier featured artists in the reggae genre like Michael Franti and Spearhead, Barrington Levy, J Boog, Pepper, Raging Fyah, Mike Love,Katastro, Jordan T, Will and the People,Wheeland Brothers and more.

With the final artists announced, the festival has truly become a must perform event for the biggest and brightest performers in the reggae genre. Throughout the festival’s duration, the days have increased from one to three, sun up to sun down, all-day performances, as well as increased attendance figures to over 25,000 patrons for the three-day event in Monterey, CA. And, the festival grounds will surely reach capacity, yet again.

The 7th annual California Roots Music and Arts Festival will take place on May 27-29, 2016 at the Monterey County Fairgrounds. 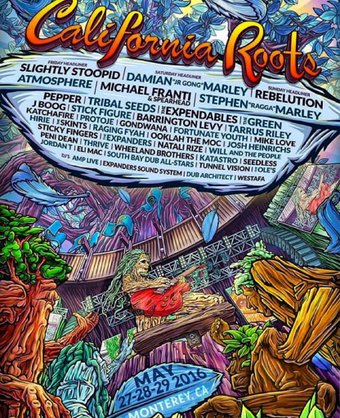