The Island Sound has awarded the Top 5 Tours of 2015
View all the recipients. 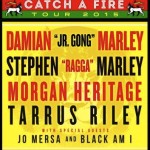 In terms of a pure Reggae tour, it doesn’t get much better than seeing a Marley live and direct. But, when a tour consists of Damian “Jr. Gong” Marley, Stephen “Ragga” Marley, as well as “The Royal Family of Reggae”Morgan Heritage and Tarrus Riley all on the same line-up; the tour is a runaway favorite for best of the year tour. And, if those artists were not enough, on select dates of the month long summer tour, Barrington Levy, Super Cat, Jo Mersa and Black Am I were also featured as special guests. The Catch A Fire Tour was a sold-out show in virtually every town and every venue. And, these artists performed at some of the largest outdoor venues in the United States.

2. Everything is Awesome Tour 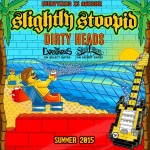 Within the Reggae-Rock genre, the names Slightly Stoopid and Dirty Heads are elite level recording artists and live performers, in their own right. When you pair the duo together, the tour certainly must be mentioned as “awesome”. And, the Everything is Awesome Tour lived up to that billing. For over two months, Slightly Stoopid and the Dirty Heads toured together from coast to coast, and everywhere in between, selling out massive outdoor venues in California, New York, Florida, Nevada, Colorado and plenty more. The tour also featured special guest slots by Stick Figure and The Expendables, splitting the more than 30-city summer tour. 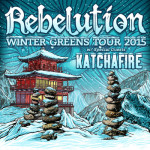 Rebelution has taken the slogan “Winter Greens” and called it their own for the past few years. And, the most recent Winter Greens Tour might have been the best to date. The California based band, Rebelution, teamed up with New Zealand’s own, Katchafire, and Gondwana from Chilie, bringing an international flavor to the annual tour. Playing throughout the winter wonderland cities in the United States for over two months, Rebelution, Katchafire and Gondwana sold out shows from coast to coast, and left fans wanting more from both the American based band, as well as the international supporting acts. The only thing fans craved was more music and more shows. 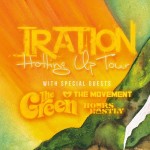 Most big-time tours are featured during the summer months, teaming up a multitude of heavyweight bands for the outdoor amphitheater touring circuit. However, Iration toured throughout the fall in support of their most recent release, Hotting Up, and the Hawaiian band did so with fellow 808 brothers, The Green and special guests, The Movement and Hours Eastly for a nationwide tour. Spanning both the east coast and west coast and cities in between, Iration’s Hotting Up Tour was the hottest ticket in the Reggae genre in October and November, and most likely would have followed suit into 2016 if the tour extended that far. 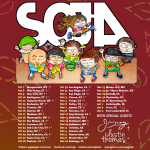 SOJA might be the biggest band in the entire Reggae genre, both in the United States and internationally. It is hard to imagine their tour not being among the best of the year, just with their live performance. But, when you add J. Boog to the line-up as a special guest, as well as cross over dates in Texas with Iration and The Green, SOJA’s Fall Tour could be argued as the best of the year. It is a testament to the depth of the genre and current demand for high-quality reggae shows in towns big and small. With over 35 dates on the road, SOJA’s home should be considered a stage near you, performing the world’s music with conscious lyrics at each stop.