One of the fastest rising touring acts in the United States happens to be the Common Kings and they are headed back on tour to start 2016.

After an incredible 2015, which saw the band release their first full-length album, Hits & Mrs, tour in support of Justin Timberlake, perform at multiple international reggae festivals including California Roots, MayJah RayJah, One Love, as well as headline their own nationwide tour; the Common Kings have announced their plans for a fully-loaded touring schedule in 2016.

To kickoff the 2016 calendar year, Common Kings will be a featured performer at the One Love Music 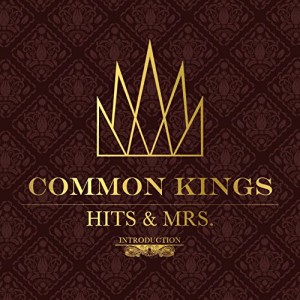 Upon returning to the United States, Common Kings will not have much time to regroup, embarking on a nationwide tour beginning on February 24th in Phoenix, Arizona.

The Hits & Mrs. Tour will run through March 19th and will feature tour stops in New York, Boston, Philadelphia, Washington, D.C., Atlanta among many others before concluding with back-to-back shows in Tacoma, Washington at Jazzbones.

On the Hits & Mrs. Tour, the supporting act will be Tomorrows Bad Seeds, a Los Angeles based reggae-rock-pop band that featured two iTunes chart-topping albums in their career. After a brief hiatus from the touring circuit the band is back and set to perform for their nationwide fan base yearning to hear their hit songs once again.

For more information on Common Kings, their music and all upcoming tour dates, follow the links below.