There might not be a more recognizable band in the roots-rock-reggae touring circuit than Grammy nominated American based band, SOJA. The Washington D.C. area band is the quintessential international touring outfit in 2015. Packed arenas, open-air amphitheaters and over-capacity night club concerts have become the norm, but it has been over 15-years in the making. 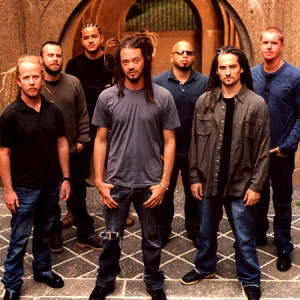 From playing locally to headlining major music festivals across the globe, fans in their respective countries now anxiously anticipate the next SOJA tour stop. And, there might be a more devoted following for SOJA than in South America.

Beginning on December 3rd, SOJA will touchdown on South American soil, first performing three-straight nights throughout Argentina. The host cities will be Cordoba, Rosario and the capital city of Buenos Aires.

Both Chile and Uruguay will also receive their fill of SOJA in December, performing in Montevideo, Santiago and Valparaiso.

Just before the holidays arrive, SOJA will perform in Mexico as a special guest for the Slightly Stoopid Closer to the Sun Festival in Puerto Morelos, as well as a solo, headlining show in Mexico City on December 13th at Plaza Condesa.

With SOJA, the touring circuit feels more familiar than their home, and rightfully so. There are not many, if any, bands that tour more consistently than the American reggae band.

As the calendar flips from 2015 to 2016, SOJA will begin a headlining United States tour with Collie Buddz from Bermuda. Both artists have collaborated on tracks together, most notably the radio single, “She Still Loves Me”. Fans in the United States will have their opportunity to hear the song live in concert for the very first time.