Barrington Levy has been hospitalized with dengue fever. The Jamaican reggae veteran has been forced to cancel upcoming tour dates in California and international tour dates in the near future
.
Levy had been slated to perform last week in California; in Santa Barbara and at the Greek Theatre in Los Angeles, sharing the stage with Damian Marley, Stephen Marley, 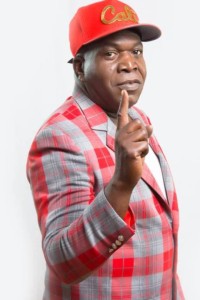 Morgan Heritage and Tarrus Riley, as part of the 2015 Catch a Fire Tour.

In the midst of relentless touring in support of his recent studio album release, Acoustica Levy, the reggae singer was hospitalised after collapsing, his agent said.

“He has another show in Trinidad and Tobago on October 3, so he might miss that as well because this is a serious disease,” said General Daddy Biggs of Platinum Camp, Levy’s official booking agent.

Dengue is a debilitating viral disease transmitted by mosquitoes. Its symptoms include sudden fever and acute joint pains.

“I apologise to all my fans who wanted to see me but i ain’t got no other choice than taking care of my health,” Barrington Levy said in a statement.

The “Broader Than Broadway” singer has upcoming performance on October 3 for Trinidad “Unplugged.” It’s not clear if her will be able to make that commitment.

On behalf of The Island Sound, we wish Barrington Levy a speedy recovery!