One of the fastest growing names in the reggae genre, Protoje is set to release his Ancient Future studio album.

Coming from the home of Reggae, the latest in an extensive line of Jamaican International Reggae artists, Protoje has set his sights on a Billboard Chart-topping album with the March 10th release of Ancient Future. 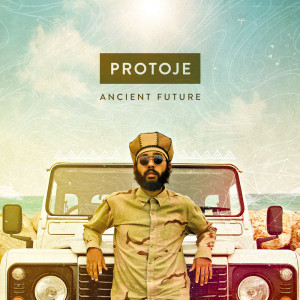 The title reflects the range of music on the record, from new roots riddims to ska and rocksteady grooves. And, as Protoje has stated, “This album is really based on the fact that I wanted to capture the history of Jamaican music from the 60s to now with a modern update to it all. Not just playing over stuff from that time, but really adding to it,” he says.

Ancient Future is an attempt to bridge the gap between the past and the present, but also to push things forward. Some have dubbed this current music scene in the Caribbean to a “Reggae Revival”.

The latest release is Protoje’s third studio album, but this is the time frame where the artist has really broken through to international stardom, much like the predecessors from Jamaica previously.

And, much like those that came before Protoje has no intentions of stopping this drive. The music from Protoje continues to touch the ears of fans of reggae music worldwide, which will only increase the touring schedule for island artist.