One of the fastest growing music festivals in the United States, Wakarusa Music Festival has consistently featured top-tier reggae bands. And, thankfully, for music fans, this year’s edition follows the same formula.

When you think of the most prominent music festivals across the United States, Wakarusa is certainly one of the first couple names mentioned in that conversation. In a similar fashion, when discussion the elite American based reggae bands currently, the first few bands at the top of the list are Rebelution, Slightly Stoopid, Matisyahu and The Dirty Heads. 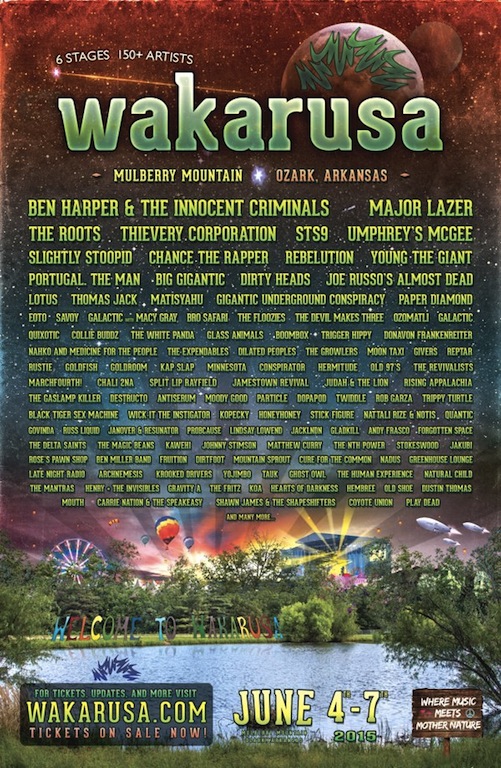 Fortunately for Wakarusa concertgoers, all of the aforementioned bands will be featured at the 2015 Wakarusa Music Festival at Mulberry Mountain in Ozark, Arkansas.

Since the festival’s inception in 2004, reggae bands have been featured prominently throughout the history of the festival, including Toots and the Maytals, Ben Harper, SOJA, Iration, Tribal Seeds, The Green, John Brown’s Body, Michael Franti and Spearhead, John Butler Trio, G. Love, Mishka, Anuhea, The Supervillains, Passafire, as well as multiple appearances by the aforementioned Slightly Stoopid, Rebelution and Matisyahu.

Slightly Stoopid, Rebelution and Matisyahu will once again grace the stage this year in Arkansas, along with fellow genre comrades Collie Buddz, Nahko and Medicine for the People, The Expendables and Stick Figure.