One of America’s pioneer roots-reggae bands, Groundation has announced their first tour of the new year. With a string of dates across the Western United States and even shows internationally in Costa Rica and Mexico, the California-based band will also play shows consisting of the legendary Wailers tracks in celebration of Bob Marley‘s 70th Birthday, as well as, their original material from the recently released, A Miracle.

With the Announcement coming via video posted on the social media accounts from Groundation, frontman and band creator, Harrison Stafford, addressed the full tour dates, as well as the tour launching with two 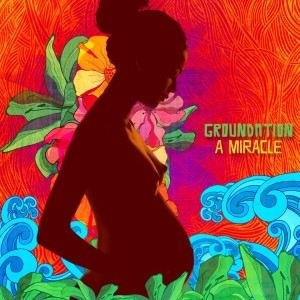 nights in Mexico. The first, with Easy Star All Stars at El Plaza Condesa in Mexico City. The following night Groundation will play their first show in Guadalajara at the Heartbeat Festival. Groundation also has an incredible three straight nights in Colorado, among other dates across the western United States. Many of the shows throughout the tour will be special tributes to the great Bob Marley, celebrating his 70th birthday.

Groundation returns to Costa Rica to headline the Envision Festival. The festival hosts a growing experience of music, yoga, art and more to entertain the fans throughout the multi-day event.

Following the North American dates, the American-based band will travel to Europe for two whole months, consisting of performances in France, Italy, Holland, Spain, Belgium and the United Kingdom. As always, Groundation has a full booking schedule of tour dates across the globe.

For more information regarding Groundation, their music, or scheduled tour dates, follow the links below.