One of the most successful reggae bands of all time will be touring Hawai’i for all the reggae lovers.

After reuniting in 2013, UB40 featuring Ali Campbell and Astro have been performing their classic tracks to sold out crowds across the globe. With a hit-list that features “Red Red Wine”, “Here I Am”, “Falling In Love With You”, “Homely Girl”, “The Way You Do The Things You Do” and many, many more, there is a reason fans keep coming back for more, time and again. 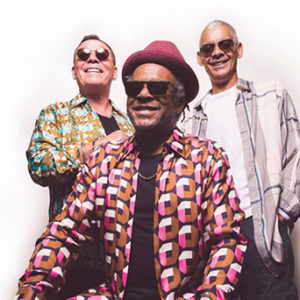 Forty-years since the band’s inception, UB40 is currently touring in celebration of their 2018 release of A Real Labour of Love, which peaked at number two on the UK Albums Chart. The album release features songs previously by Barrington Levy, Dennis Brown, Gregory Isaacs and Ken Boothe, among others.

UB40’s latest release was the highest-charting UB40 album since Promises and Lies, which reached the top spot on the UK Albums Chart in 1993.

With another successful album added to the band’s catalogue, the excitement for another UB40 performance continues to grow. UB40 will once again have a heavy touring schedule in 2019. Some of the tour stops include Australia, New Zealand, France, Germany and the United Kingdom.

Fans in the United States will have multiple opportunities to experience UB40 this year, including Reggae on the Rocks in Colorado and the 10th annual California Roots Music and Arts Festival in Monterey, California this coming May. 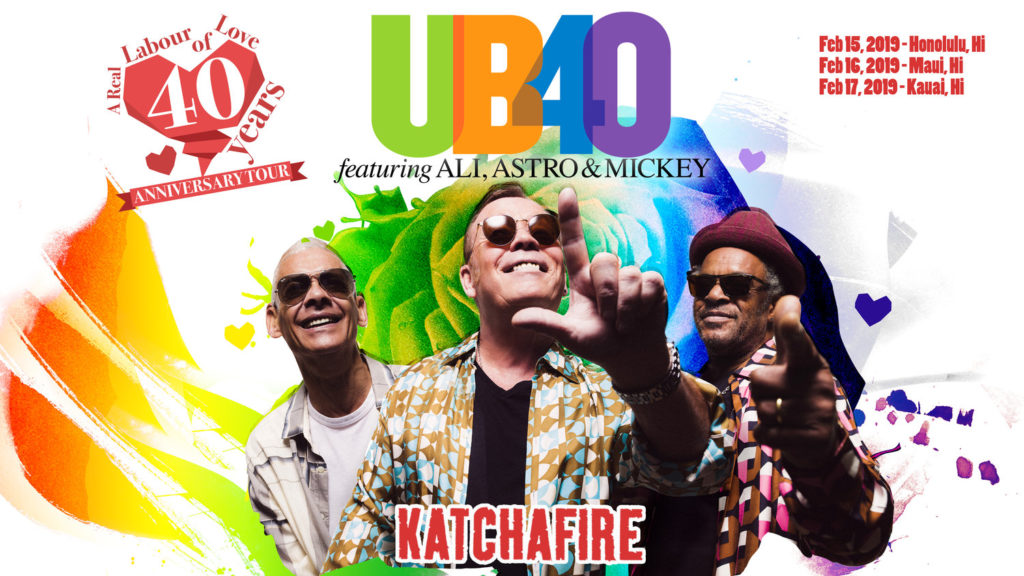 But first, UB40 will be celebrating Valentine’s Day on the Hawaiian islands of Oahu, Maui and Kauai from February 15-17. This will be the third consecutive year that UB40 will be performing in Hawaii, and the fourth appearance over the last six years for Ali Campbell.

Once again, The MayJah RayJah Events and Ray Ho Jr. will set the stage for another memorable showcase for the music fans in Hawaii. For this particular tour, the opening act is an international headlining performer in their own right, New Zealand’s own, Katchafire.

For more details on UB40 follow the links below.