One of the busiest touring outfits in the reggae genre announced winter tour dates for the United States.

Following a calendar year in 2018, which saw Rebelution release their seventh studio album, Free Rein, which has spent the last 32 weeks at the top of the Billboard Reggae Chart; the band is will not be complacent. 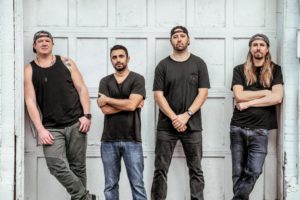 Rebelution began their 2019 touring schedule by hosting their very own festival in Jamaica, The Bright Side Festival, which also featured performances by The Green from Hawaii and local Caribbean residents, Raging Fyah.

That is an impressive start to the band’s 15th year since the early days in Santa Barbara, California’s college town of Isla Vista.

Iya Terra has quickly emerged as one of L.A.’s premier reggae bands. This coming year, Iya Terra is slated to perform at One Love Cali Reggae Fest, Arizona Roots and California Roots, as well as touring alongside Rebelution.

Rebelution has taken on the role of “big brother” in the reggae touring circuit, bringing on noteworthy supporting acts such as Tribal Seeds, Katchafire, Protoje, Collie Buddz, Raging Fyah, and many more. The audience that Rebelution draws in every market is abundant. The bands that have opened for Rebelution in past have used these performances as a catalyst in their careers.

Rebelution, Iya Terra and DJ Mackle will perform a string of dates in Texas, Arizona and California following the tour kickoff in Birmingham, Alabama on January 29th.

For more information on Rebelution and their upcoming tour follow the links below.