Close your eyes for a few seconds and you might miss the next big hit from Sean Paul.

Atlantic Records did Sean Paul a big favor when they dropped him a couple years ago. The experience only helped him prove that his brand is strong regardless of label affiliation. Sean Paul and his 11 million Facebook fans don’t need a major cosign to make hits or get booked on big shows. And right now the Sean Paul is absolutely killing it–in the best possible way. 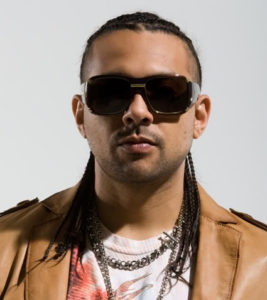 Ten years after he topped the Billboard pop charts with “Temperature” in 2006, the dancehall star returned to the top spot this year via “Cheap Thrills.” It was a collaboration with female pop-star Sia that was the biggest song in the U.S.A. for much of this crazy summer of 2016, when the entire music scene felt like one big tropical house party.

Now signed with Island Records, Sean linked with labelmate Ricky Blaze to cook up “Like This,” a hard-edged digital banger.

“I grew up listening to Sean Paul so I was pretty excited to have the opportunity to work with him,” says Blaze, the producer responsible for Gyptian’s “Hold Yuh” and Ding Dong’s “Badman Forward” among others. “It was an honor to work with him.”

Sean Paul happened to keep himself busy in the past calendar year, collaborating with one of the biggest reggae influenced acts in the world, Magic! on their hit single, “Lay You Down Easy”.

With or without a major label like Atlantic Records, Sean Paul is managing his career with ease, along with some of the major hits of the season.

Whether it is as the forefront of the reggae genre or as the primary co-starring act in the next major hit song, Sean Paul is still at the top of the mountain in the reggae genre.

For more information on Sean Paul, follow the links below.