One of the most promising female artists is just beginning to scrape the surface of international recognition.

Born Janine Cunningham, Jah9 spent her early years on the rural western edge of Jamaica in Falmouth, before moving into the city of Kingston, in 1991. Highly sensitive to her surroundings, she ventured inward and found an outlet for her feelings in the words that she wrote. 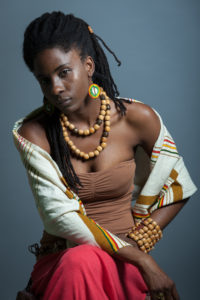 Growing up in a conscious family with a preacher for a father and a social worker for a mother, Janine had always been aware of the injustices in the world. However, it was not until she was on campus at the University of the West Indies that she would embark on a pivotal journey to find her true voice. It was at the university level where she would gather with a group of fellow socially conscious and Rastafari brethren by a fire to steam herbs and reason for long hours. At that time, her heart was opened to the teachings of Haile Selassie I and her ears to the hypnotic bass of the heavy dub rhythms of roots reggae.

Janine eventually embraced her childhood nickname, Jah9, as she learnt the significance of the word “Jah” and the number “9”. The number nine is the largest and last digit correlating finality and completeness.

A staple on Jamaica’s underground poetry scene by 2009, in instrumental dub she found a place where her words could live, and the songs she started to write found eager encouragement. Jah9 began recording with renowned keyboardist and flautist Sheldon Bernard and her demos caught the attention of the legendary Beres Hammond, who then began helping to develop her recording technique. She later teamed up with popular producer Donovan Bennett of Don Corleon Records and released her first 2 singles in late 2010.

From there, Jah9’s musical path has had an upward trajectory with her focus and determination eventually culminated in the release of her debut album entitled New Name, an homage to her personal spiritual journey produced by pioneer dancehall selector and roots producer Rory “Stone Love” Gilligan.

Over the years, Jah9 has performed at some of the world’s largest reggae festivals, both in Europe and the United States, as well as her home of Jamaica. Currently, Jah9 in the midst of an international tour, performing live in the United States, Europe and upcoming dates in Kenya. Jah9 has been a featured performer at Oregon’s North West World Reggae Fest, Canada’s Island Soul Festival, and upcoming dates at California’s Reggae on the River Festival, Poland’s Ostroda Reggae Festival, Spain’s Rototom Sunsplash, and the United Kingdom’s One Love Sound Festival, among many more. 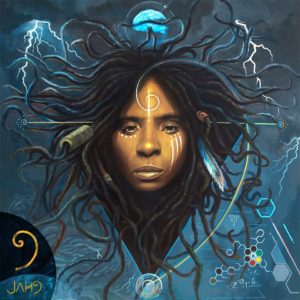 On the current worldwide tour, Jah9 is performing in support of her sophomore album release, 9, which has also seen the latest single “Humble Mi” hit reggae airwaves.

Jah9’s follow up to New Name will be release on September 9, 2016, again following with the significance of the number nine.

In 2016, the Universal year of 9 [2+0+1+6], Jah9 has established a foundation as a formidable lyricist and revolutionary force in the genre. Jah9 now shifts her energies to unveiling a deeper more personal deployment of her Jazz on Dub sound with the new album, 9.

For more information on Jah9 and a full list of all tour dates, follow the links below.