One of the most promising female stars in the island reggae community is Tenelle, out of California.

Tenelle Christine Luafalemana has been tagged with the description “a breath of fresh air”. During Tenelle’s live performances, the smile she displays on stage captivates the crowd, while her soulful lyrics captivates listeners. 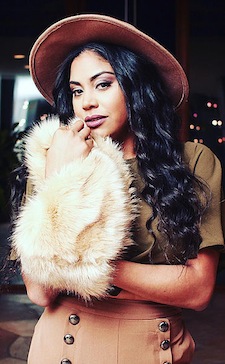 Growing up in Carson, CA, Tenelle formed her own sound, gathering the best attributes from some of her idols like Lauryn Hill, Betty Wright, and Gwen Stefani of No Doubt. After taking gentle care of her musical craft, it didn’t take long for Tenelle to burst onto the reggae scene with her breakthrough hit, “Flava”.

Nearly upon the release of “Flava”, the single rose to the top of the iTunes singles chart, reaching the #1 spot. The draw for Tenelle to perform was no longer just locally in California, but throughout the islands of Hawai’i, Australia, New Zealand, Japan, and beyond.

Tenelle began sharing the stage with many high profile headlining acts in the reggae genre, such as Fiji, Common Kings, Sammy J, Spawnbreezie, and Drew Deezy. With those tours have grown into collaborative tracks for some of Tenelle’s most recent singles.

Nearly a year ago, Tenelle and Spawnbreezie linked up on their 2015 hit single, “Going Nowhere”, which remained as one of the most requested songs on Hawaiian reggae radio stations throughout the calendar year. Tenelle then capitalized on the airplay success with international tour dates, including a nationwide tour in support of the Common Kings and her first headlining shows in Australia, New Zealand, and Hawai’i.

Tenelle followed up a very successful 2016, and opened the new year, releasing multiple new singles with Fiji and Sammy J. This past January, Tenelle and Fiji collaborated on “Ride or Die”, which was followed by “Say That You Love Me”, the duet by Sammy J and Tenelle. 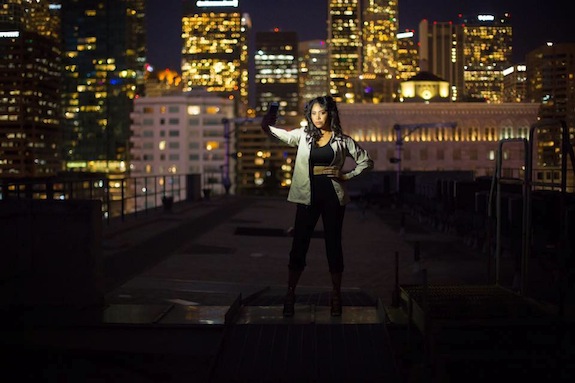 Currently, Tenelle is in the process of finalizing her debut, full-length album release. The recording sessions have been produced by Benny Briggs and Noah Cronin, taking place in Southern California and O’ahu, respectively.

If the success of Tenelle’s first singles are any indication, the release of her full-length album will follow suit and launch itself to the top of the charts in a matter of moments.

Tenelle states, “If my singing makes you smile, and a smile can change the world…I want to make the world smile”.

For more information on Tenelle, follow the links below.