Bursting onto the music scene in 2012, the female vocalist has propelled to one of the top reggae singers.

With Polynesian roots and Tongan heritage, Leilani Wolfgramm invaded the Florida reggae community, especially her hometown of Orlando. Performing alongside her brothers Zech and Nasur in their band Hor!zen, it didn’t take long before the spotlight was placed squarely on the singer, songwriter and guitarist. 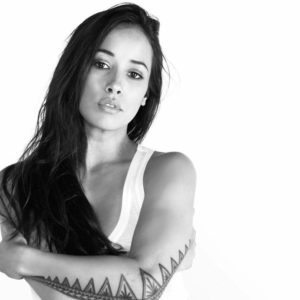 Making a name as a star-studded live performer takes time, but Wolfgramm quickly gained recognition as an opening act for the likes of Sublime with Rome, Tribal Seeds, The Dirty Heads, Fortunate Youth, Ballyhoo!, New Kingston, The Movement and The Supervillains, just to name a few.

In due time, the fans that were captivated by Leilani Wolfgramm’s live shows anxiously waited for a debut release. Within the first year of her solo career, Wolfgramm released her debut EP, I Burn on March 23, 2013 via Florida’s Parkshore Records.

That release, along with her relentless touring and live showcases across the United Statse, caught the eyes and ears of producer E.N Young of Tribal Seeds and the owner of Roots Musician Records and Imperial Sound Studios in Southern California.

It was make it or break it time for Wolfgramm. The striving singer packed her bags and headed to Southern California to build her brand. Recording a full-length album was not her only objective, Wolfgramm set out to film music videos for nearly half of the album’s track list.

In the summer of 2014, Leilani Wolfgramm’s “Herbivore”, the first single off of the debut album Rebel, became one of the most requested songs on numerous radio stations throughout Hawai’i, including Honolulu’s Island 98.5 FM. The single created such a buzz around Wolgramm that upon the release of Rebel in August of 2014, the album reached the Top 10 on the iTunes Reggae Chart.

Catapulting off of that success, Leilani Wolfgramm landed tour dates with SOJA, The Green, Common Kings, J Boog and even featured at the 6th annual California Roots Music and Arts Festival, as well as opening for alternative-rock band Incubus. 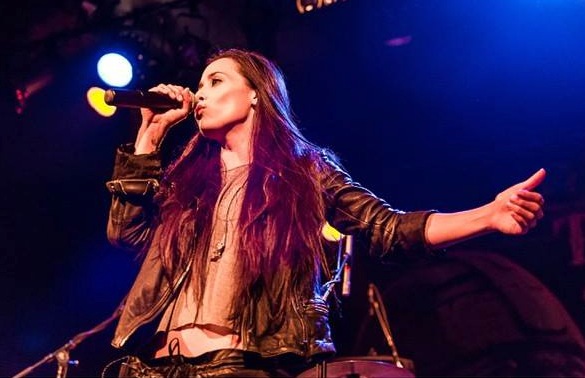 Most recently, Leilani Wolfgramm headlined her own shows throughout the Hawaiian islands, giving back to the community that first accepted her music and spread her sounds across the local airwaves.

Now, fans in California will have their opportunity to be mesmerized by Wolfgramm’s live performance. Beginning on July 20th, the singer will be performing up and down the California coast, featuring concerts in San Diego, San Francisco, Santa Cruz, Ventura, Carson, and San Louis Obispo.

Fans in attendance at the upcoming shows will have a chance to hear new and unreleased material from Wolfgramm’s upcoming album, Bipolar. The singer shared, “I wrote all of these songs as candid raw and self deprecating as possible for a real depiction of who I am, how I view the world, and how I do life. I didn’t let myself get boxed into any particular style. I Just wrote what inspired me.”

The reggae genre has been longing for more female fronted bands in an overpopulated community of male dominated bands. Leilani Wolfgramm’s sophomore album could be the catalyst to launch her career to the next level.