Sublime with Rome will be returning to the state of Hawai’i in 2016, featuring performances on O’ahu and Maui. 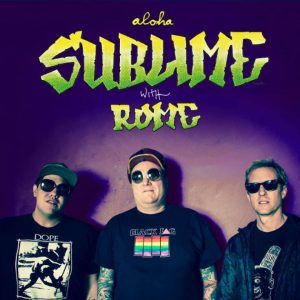 On September 16th and 17th, Sublime with Rome will return to paradise, sharing such classic reggae-ska-punk-rock songs from Sublime like “What I Got”, “Badfish”, “Santeria”, and countless others. As the trend continues across the United States, sold out shows have become a common theme for Sublime with Rome.

However, with only one-third of the original act, Sublime with Rome continues to tour and sell new albums with a good amount of success. Many of their shows, both in the United States and internationally are routinely sold-out. Nonetheless, fans still sing every word from their favorite songs just like the late, great Bradley Knowell would have intended.

Back in 2009, a small cantina in Sparks, Nevada was the venue where Sublime with Rome started. With original Sublime drummer, Bud Gaugh, dropping his infamous one drop snare drops with Eric Wilson sharing in their iconic rhythm section sounds, a young Rome Ramirez took the stage for the first time with Sublime. And, it was magical.

Much like the Wailers with only Aston “Family Man” Barrett on bass, the fans love the timeless music that the band performs at live shows. No one should criticize a band for keeping the music alive for the next generation of music lovers.