Certainly, the largest reggae music export from Italy will release a new album, Freedom & Fyah on May 20th.

Alberto D’Ascola, better known by his stage name, Alborosie was born in the Sicilian town of Marsala, Italy, but has devoted his life to reggae music as a sound engineer, producer and a prominent solo artist. Now residing in Kingston, Jamaica, Alborosie has quickly emerged as one of the most recognizable names in the genre today. 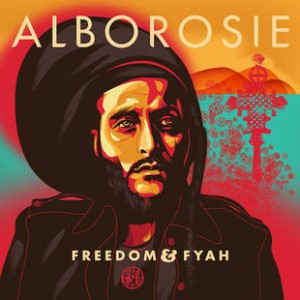 Alborosie explains that the new album has “a very strong dub influence, and with signs of dub-step and electronic music in some of the tracks.”

In support of the release of Freedom & Fyah, Alborosie will embark on an international tour beginning on May 21st. Tour stops will include concerts in Argentina, Chile, Luxembourg, France, Italy, Portugal, Spain, Austria, Germany and Poland. Alborosie will be a headlining performer at some of Europe’s biggest summer music festivals like SummerJam, Summer Vibration, Reggae Jam, Reggae Sun Ska, Rototom Sunsplash and the Ostroda Reggae Festival.

Alborosie will have a busy summer schedule, but that is nothing new in his department. Whether you are able or unable to attend one of Alborosie’s live performances, fans will have the pleasure of hearing his new music with the Freedom & Fyah release.

For more information on Alborosie and his new album, follow the links below.