The British born vocalist of Jamaican descent has scheduled tour dates from near and far to kickoff 2016.

Maxi Priest is one of the more popularized reggae artists, known for hit songs “Close To You”, “That Girl” and “Wild World” a cover of American Folk artist, Cat Stevens. Maxi Priest has the recognition as being one of only two British reggae artists to earn the coveted Billboard Number 1 Single. The other band was UB40. 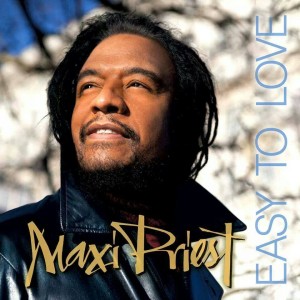 With a stellar career, spanning over 30-years, along with the 2014 release of Easy to Love Maxi Priest has attracted an abundant international following. From Europe to Asia, the United States down to Central and South America, as well as the Pacific Islands. Wherever reggae music is accepted as a central part of their musical palate, Maxi Priest has a devoted fan base.

To kickoff Maxi Priest’s 2016 touring schedule, Japan will be the first tour stop with dates in Osaka and Tokyo before heading to the South Pacific islands. Maxi Priest will also feature 10-shows throughout Australia, as well as a headlining slot at New Zealand’s Raggamuffin Festival.

Also on Maxi Priest’s touring schedule is an April 2nd festival date with Morgan Heritage and Junior Marvin, set to be held in Fort Lauderdale, Florida.

For more information on Maxi Priest, music releases and all upcoming tour dates, follow the links below.