The Island Sound has awarded the Top 5 Artists of 2015
View all the recipients.

Oje Ken Ollivierre, or better known as, Protoje has been carving out his sculpture in the reggae genre for over ten-years, but 2015 has been his most successful year to date. After releasing his first two 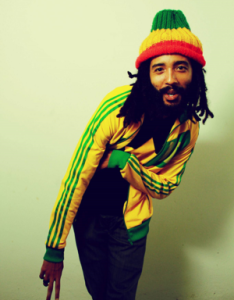 full-length albums in 2011 and 2013, respectively, Protoje had his most anticipated release yet with Ancient Future (March of 2015). Perhaps the biggest single released from the Ancient Future album featured a collaboration with Jamaica’s Chronixx on the track “Who Knows”. Following the release of Protoje’s Ancient Future, the album topped the Billboard Reggae Chart for over a month, and remained in the Top 10 on the Billboard Reggae Chart until September. It was not long before media outlets and mainstream popular culture were made aware of Protoje and his music. BBC in the United Kingdom listed Protoje as one of the top artists on their “Hot for 2015” list. In the United States, Protoje and fellow collaborated, Chronixx, joined together for a nationwide tour, performing along the nightclub circuit in major metropolitan cities. As 2015 came to a close, it was announced that Protoje would be making his first headlining debut at the California Roots Music and Arts Festival in Monterey, arguably the United States premier reggae music festival.

Stick Figure is certainly no stranger to receiving critical acclaim and award nominations and Best of recipients. For over ten years and five previous album releases, Stick Figure has built a grassroots following through independent releases, self-promotion, internet uploads and social media blasts. It wasn’t until the 2013 release of Burial Ground when Stick Figure was virtually forced to tour 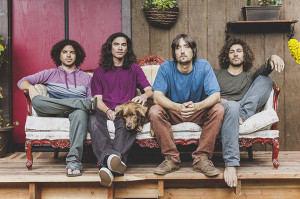 nationwide due to fan desire and necessity to grow the brand that Scott Woodruff and Stick Figure created. Burial Ground has sold over 60,000 units to date. Now, with the follow up release of Set in Stone (November of 2015), that desire continues to grow exponentially. After the first week of the release, Set in Stone was once again at the top of both the Billboard Reggae Chart and the iTunes Reggae Chart, and has remained in the Top 5 to this date. Over the last calendar year, Stick Figure has spread their roots-rock-reggae-dub music from coast to coast, both headlining their own shows, and as special guests on tour and on the festival circuit with Slightly Stoopid, the Dirty Heads, SOJA, Iration, The Green, Tribal Seeds and Alpha Blondy. Stick Figure will also be headlining their own nationwide tour to start 2016 with fellow California based band, Fortunate Youth.

When searching for the top American-based Reggae band, the names Rebelution, Dirty Heads and, of course, Slightly Stoopid are among the first mentioned. This year, Stick Figure took the crown as the most successful Reggae band in the United States, but it was in large part to Slightly Stoopid bringing the Southern California band on a lengthy summer long tour of outdoor amphitheaters. Slightly Stoopid is melting pot of California culture and musical styles, mixing Reggae, Rock, Hip-Hop, Blues and Acoustic genres into their own sound. And with that, Slightly Stoopid released their Eighth studio album, Meanwhile…Back at the Lab (June of 2015). The full-length studio album reached its peak at #37 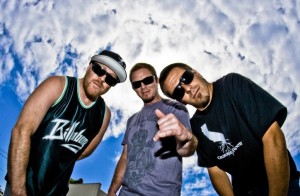 on the Billboard Top 200 (all genres) and #3 in both the Independent Releases and Alternative Rock Releases, respectively. After the highly successful 2012 release of Top of the World, which featured a who’s who of guest collaborations, such as Barrington Levy, Don Carlos, Angelo Moore, Angela Hunte, and many more, the Billboard Chart numbers were similar, aside from the peak position of the Top 200, where Top of the World faired much better in comparison, reaching #19. However, Slightly Stoopid has never relied on record sales or digital downloads, those figures are considered bonuses for the band. Where the band earns their bread is on the touring circuit, touring over 250+ dates out of the year, headlining both indoor venues and outdoor amphitheaters of crowds over 10,000 fans in some instances. Slightly Stoopid has also formed their own destination music festival, Closer to the Sun, which takes place in Puerto Morelos, Mexico. For the second straight year, the festival drew close to 5,000 fans from all over the globe to the beachside resort. In 2016, Slightly Stoopid is set to perform another headlining show at the California Roots Music and Arts Festival for the third time in four years.

Common Kings have long been considered reggae royalty throughout the Hawaiian Islands and Australia and New Zealand. But, in 2015, Common Kings were featured as special guests on multiple nationwide tours in support of reggae heavyweights, Rebelution, SOJA and J Boog. However, the band’s biggest 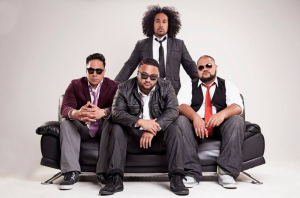 tour occurred in the South Pacific when Justin Timberlake invited the Common Kings to be he his opening act throughout Australia and New Zealand. Some folks will say the only way to grow your band and your brand is by headlining shows of your own, but to open up as direct support for Justin Timberlake, is an achievement in itself. And, the Common Kings were prepared to release their latest studio effort in 2015, as well. The release of Hits & Mrs. (October of 2015), led to a tour throughout the United States with fellow island inspired reggae singers Sammy and Tenelle. Also, in 2015, the Common Kings made their debut performance at the California Roots Music and Arts Festival, performing for over 15,000 people, as well as headlining the MayJah RayJah Festival in Hawai’i for the second consecutive year. To begin 2016, Common Kings will be headlining the One Love Musc Festival in New Zealand, as well as preparing their first full-length studio album release in the next calendar year.

Iration has been one of the most consistent touring and record bands in the United States since their early days performing in Isla Vista, California. Nearly a decade later and countless tours under their belts, Iration has a clear blueprint to their desired success. The band has sold over 150,000 albums and nearly 500,000 singles in their career. Most notably, Iration’s recent summer 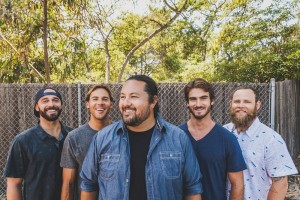 release of Hotting Up (August of 2015), took over the top spot on the Billboard Reggae Chart for the first week of September. The album’s first single, “Reelin'” was the #1 single on the iTunes Reggae Chart upon its release, while also garnering radio rotation in Hawai’i, California, Arizona, Washington and all along the east coast. Iration headlined their own nationwide tour, The Hotting Up Tour, featuring dates with The Green, The Movement, Hours Eastly and even crossover tour dates with fellow reggae royalty, SOJA and J Boog. Iration also performed as a headliner at the California Roots Music and Arts Festival for the 5th time this past summer and are slated for another appearance in 2016. To start the new calendar year, Iration will be hitting the road with fellow Hawai’i natives, Pepper on the Hawaiian Punch Tour, throughout the nation.