One of the fastest growing American based reggae bands is Tribal Seeds. Hailing from San Diego, California, most music fans might pigeon hole Tribal Seeds as your typical reggae-rock-punk band in the same light as Sublime and others that have sprouted from sunny California. However, one of the only similarities between Sublime and Tribal Seeds is the grassroots, strictly independent path that both bands traveled through to breakthrough.

Since Tribal Seeds’ self-titled release in 2008, the band has headlined tours throughout the United States, travelling coast-to-coast. As one of the premiere roots-reggae bands, the band has also teamed up 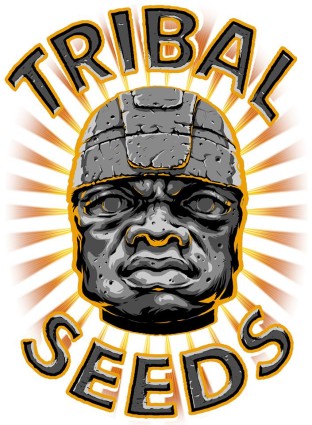 with world-renowned bands SOJA and Rebelution as supporting acts, expanding their ever-growing fan base with each subsequent show. Incredibly, the band has even opened up their own retail store in San Diego for their devoted fan base to purchase merchandise in person.

Currently, Tribal Seeds is in the midst of their summer headlining tour with fellow California roots-reggae bands The Expanders and Arise Roots, dubbed The Summer Smoke Out Tour. Ironically, the tour has run into a couple roadblocks, courtesy of “Johnny Law” on a couple occasions. Still, the entire band has performed on every single scheduled tour date. The only show that was cancelled came at the hands of Mother Nature when thunder, lightning and heavy rains halted an outdoor concert in Florida. Soon enough, Tribal Seeds will be heading back west and return to California before a trip to paradise in October.

One of Tribal Seeds first flagship spots outside of California was Hawaii. As early as 2006, Tribal Seeds have been performing on O’ahu and Maui, including headlining the Bob Marley Fest at Aloha Tower in 2013, most recently. Now, Tribal Seeds will be returning to Hawaii, headlining shows in Kona on October 2nd and in Honolulu at The Republik on October 3rd.

The following week, Tribal Seeds will fly over to Guam, joining fellow Hawaiian singer, Kimie, as performers at Trench Fest 2015 on October 11th.

With the release of the band’s fourth full-length album, Representing, in the summer of 2014, which debuted at #1 on the Billboard Reggae Chart, Tribal Seeds will bring fresh, new music to the islands for the first time in over two years, and the natives are getting restless, waiting in anticipation for the show to arrive.

Tickets for the island shows are going fast. So, don’t be left outside, listening from the parking lot. Although with the bass bumping and the drums thumping, that could be your only alternative to a sold out show.

For more details regarding Tribal Seeds, ticket information, and all upcoming shows follow the links below.