New Zealand has long been home to some of the purest sounding reggae outside of Jamaica. One of the most prominent acts from Aotearoa is the reggae band, Sons of Zion. After touring throughout New Zealand and Australia exclusively, the six-piece band will make the United States debut in July.

There is nothing quite like building a solid home fan base, and Sons of Zion certainly did that in New Zealand and neighboring Australia. Over a six-year period, the band tour extensively with House of Shem, Katchafire, Kora, The Black Seeds 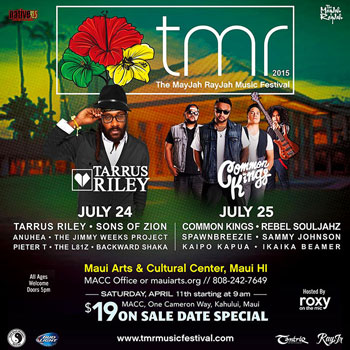 and many other New Zealand based touring acts.

With Sons of Zion’s self-titled release in 2009 and the aforementioned touring, the band was featured at the South Pacific’s most prized reggae festival, the Ragga Muffin Festival, performing alongside Mary J Blige, Jimmy Cliff, Maxi Priest among many others.

Not long after, Sons of Zion began receiving radio play in the Hawaiian Islands on Island 98.5, 93.1 Da Paina, and FM 100 on O’ahu, as well as Q 103 on Maui. The interest and fanfare was beginning to blossom in Hawaii for Sons of Zion to make their long awaited debut performance. Now, the time has finally come.

There is no doubt that the Sons of Zion will have plenty of devoted fans at the Wakiki Shell and the Maui Arts and Culture Center for their back-to-back performances. Hit singles like “Superman”, “Stuck On Stupid”, “Feel”, “Good Love” and “Be My Lady” (featuring Hawaiian singer Jah Maoli), have all reached the number one spot on numerous radio stations throughout the islands.

It should not be a surprise to the band to hear the capacity crowd sing and chant the lyrics to most, if not all Sons of Zion songs during the performances.