J Boog’s Keep Di Road Dusty Tour will last over a month in duration, including 30 shows from coast to coast and everywhere in between, along with two nights at the Belly Up in San Diego, CA, a headlining slot at the Pure Aloha Festival in Las Vegas and direct support for SOJA at Red Rocks Amphitheater in Colorado. 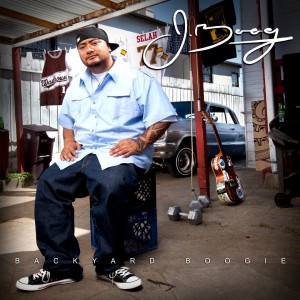 A true Island Sound defining artist, J Boog ventures off the Hawaiian Islands back to his roots in California to begin the tour, bringing along with him the Maui based roots-reggae band, Inna Vision.

As a mainstay on Island Radio throughout the Pacific Islands, especially in Hawaii, J Boog will bring that island style to the mainland with his backing band from Oahu, Hot Rain. Both J Boog and Hot Rain share radio Hits, so fans will certainly be in for a treat each night of this tour.