In recent years, the local Hawai’i reggae community has flourished. Now, Disney is set to debut Moana in 2016.

Hawai’i is certainly not Jamaica, but the struggle and strife of both paradise communities is a uniting factor. In the birthplace of reggae, Jamaica, the island country known affectionately as “Jam Rock” has only witnessed full independence from Great Britain since 1962. In a similar situation, the sovereign nation of Hawai’i witnessed an overthrow by the United States in the late 1890s, which ultimately led to the admittance of Hawai’i as America’s 50th state in 1959. 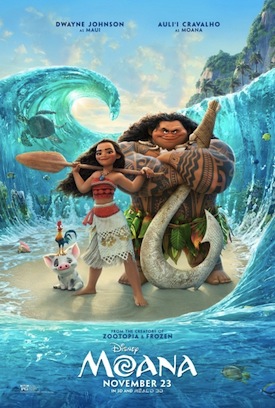 The islands of Hawai’i have long been viewed as the ideal vacation destination for international tourists worldwide. But, much deeper than the white sand beaches in Waikiki or the sprawling hotels, high-end shops, or 5-star restaurants, which seem to multiply by the day, the roots and culture of Hawai’i have not been tarnished.

However, the “White Sandy Beach” track from Israel Kamakawiwo’ole or “Braddah IZ”, certainly did not reference the commercialization of O’ahu, specifically Kalakaua Avenue in Waikiki. The very same sentiment can be uttered regarding his rebelious track “Hawai’i ’78”.

Much like the legendary voice from Jamaica, Bob Marley shared a positive light on a dark government locally and trying times with international welfare.

As generations have passed, a new breed of music has come to the surface both in Hawai’i and Jamaica. Some might even label it as a revitalization, but the same sound and same message has been passed along from musician to musician and band to band. Aloha for Hawai’i and One Love for Jamaica.

Whether it is bands and artists that the aloha state calls their prodigal sons like The Green, J Boog, Anuhea , Common Kings, or Pepper, and countless others representing Hawai’i on nationwide and international tour dates, the script remains the same: Aloha Worldwide.

That message is being spread across numerous borders. Hawaiian shirts, or Aloha shirts are not just worn on Fridays in downtown Honolulu inside 100-storey skyscrapers, but at festivals across the United States and on main street marketplaces in “Everytown U.S.A.”, as well as people of all demographics flashing the quintessential shaka, “hang loose” hand sign. And, these trends don’t appear to be changing anytime soon.

It was recently announced that Disney will be releasing a new 3D musical fantasy adventure film titled, Moana, set to hit theaters on November 23, 2016. The film will feature the voice of Dwayne “The Rock” Johnson as co-star, Maui, the almighty legendary demigod who also sets off with the film’s main character, Moana, on her journey.

The character, Moana, will be voiced by local Native Hawaiian teen, Auli’i Cravalho, from Mililani and the prestigious Kamehameha Schools Kapalama campus on O’ahu. It is safe to say, all local Hawaiian residents breathed a sigh of relief when Disney cast a “local girl”, for the part of Moana, rather than a recycled Hollywood hot shot to co-star alongside “The Rock” in a move revolving around the culture of Hawai’i and the Polynesian community.

Whether the upcoming movie becomes a blockbuster success or not, one thing is certain: Hawaiian culture has stretched into the mainstream like never before. Although Elvis Presley might have popularized Hawai’i in 1973 with his Aloha From Hawai’i concert and Don Ho before “The King of Rock and Roll”, the local music community and authentic culture from the Aloha state has never flourished as much as right now.

And, it will only continue to grow with Aloha Worldwide.

Video: Anuhea – “Higher Than The Clouds”